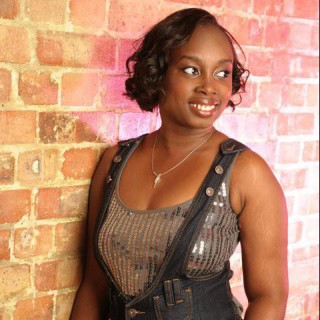 So today I was driving in my car and I was listening to Podcasts as I usually do. I was listening to Kid Fury and Chrissle’s latest episode of ‘The Read”. If you have never heard it before you should really give it a listen the are crude and straight talking. I am always crying with laughter as I travel on my journeys! I would advise caution though they use very explicit language and often talk and give advice to listeners who ask for help on quite personal matters! Some of the things people ask though do they have no shame?!?!?!

The read starts of with black excellence, followed by a segment which doesn’t have a name but is currently called ‘Bitch you guessed it!’ Lmao! You really need to listen to the podcast to find out just why it has been given that title! This is then followed by listener letters and then the actual read which is where (if you don’t know what a read is…), Kid Fury and Chrissle for want of a better word ‘rant’ about whatever has gotten on their last nerve that week.

This week however Chrissle did not have a read as she was recovering from surgery! Feel better soon girl! Kid Fury passed his read to a listener who had something interesting to say on the film ‘Selma’ and the critics, and it really had me thinking….

A lot of what she had to say is very true and despite not seeing the film myself (its not out here in the Uk at present) but I am itching to see it.  I did notice though that this film has not been nominated for very many academy awards. to be fair it has practically been snubbed. I was actually shocked by this. It has only been nominated for best picture and original song for ‘Glory’. Are you trying to tell me that you nominated the film for best picture but there was nothing else you liked about it????

If that is the case, it got a nod for best picture how??? I am not the only person to have written about this Oscar snub, other articles have been written one such article was written for the guardian…

To me this highlights a couple of serious issues in society at the moment that I want to discuss here.

Now bare with me on this one as I know that this might come across as inflammatory. However I genuinely feel that this is true. This was one of the reasons why I refused to watch Exodus when it came out. Okay the story is completely fabricated (unless you would count yourself as religious-I hope I haven’t offended you if you are). However I do not believe in the bible and would state that I flit between questioning and being Atheist.  What really irks me though,  is that try as they might, White people were not in Africa at the time this story was meant to have occurred. In fact neither were modern day egyptians they appeared later. The people who would have been there at the time however were brown people. Yet Ridley Scott decided that Christian Bale would get the requisite ‘bums on seats’. Where there no brown or even modern day representatives that could have been cast to play Moses???? Like none whatsoever?!?!?! If this is the case, what does this say about the script??? To further annoy and frustrate me, however, the black people who were actually cast in the film (why they chose to be in it I do not know) played the role of slaves!!!!! Slaves to people that look like Christian Bale?!?!?! GTFOH. Why is it so hard for black people to be represented in the media in roles which are empowering and inspiring. We are continually been shown images of oppressed blacks in mainstream media whether that be in film or on the news where countless black men both here, Mark Duggan and in America Mike Brown; are examples of blacks being treated akin to dogs.  SMH. When we fight against this though we are seen as trouble makers and protests quickly turn away from peaceful. The march in Tottenham, North London for answers as to why Mark was shot and killed by armed police turned into the England Riots  in 2011 with prominent images of a London Bus burning on a North London Street and a furniture shop established over 50 years ago burning in Croydon (South London or Surrey depending or where you wanna draw your borders), and people stealing trainers from JD Sports and Footlocker forever etched in people’s minds. With these images in our minds it goes some way to help us forget that his parents and family are mourning the loss of a loved one. I mean with continual news coverage of a bus burning like an effigy and a two fingers up at the government why would you remember or even care? Your television is filled with the images of disenfranchised yobs, not yet old enough to contribute to society! (I can be so sarky at times!)

I hate to use the term looting because it brings up images of vagrants but that is the terminology used in the media. Whilst I do not condone the behaviour of the people who participated in the civil unrest AT ALL. I am frustrated that we are constantly portrayed in this way. That when we do do something worthy of praise it is taken from us and for want of a better term and because I have used it earlier in this post ‘white washed’ or simply ignored/snubbed.

This leads onto and fuels people’s perceptions….

I was in the toilet at work and some women were talking about the film Annie and as I was in the cubicle the woman speaking did not know that I was there. She said “I have serious issues with that film, I mean… Annie is not black!’ she then went on to say whilst i was still in the cubicle and therefore not visible “I mean, my daughter would be confused’

Like WTF!!!!!!!! Your daughter would be what????? Now at least the woman had the decency to be contrite when I exited the stall and shot daggers at her whilst I washed my hands but the fact that she thinks this way is shocking and I am confused as to how her daughter doesn’t grasp the concept of a remake??? I also cannot understand how you can have serious issues with that film but not the countless others that do not depict their subject matter in the right way. What I should have said to her was “Do you have an issue with Exodus because Moses would not have been white?” But I am trying to be more Zen like and that would have been extremely argumentative.

When I spoke to my boyfriend about it when I got home, he said well aren’t you glad she showed her ignorance and you know where you stand with people like her rather than them be covert? I paraphrase; I can’t quote him, I cannot remember what he said exactly. He does have a valid point but its her ignorance that I actually have an issue with and not her mouth.

Why can’t Black people get credit when we do something that warrants credit? If we were someplace in a certain capacity. I.E not slaves to whites in Ancient Egypt. Then do not depict us as slaves to whites in Ancient Egypt!!!!! Why are critics arguing that Selma does not depict in enough detail the white activist that participated in Selma? Well despite them lending a hand, Selma is not about Blacks needing the help of whites (I can only assume, like I said I haven’t seen it) but the actual struggle, hurdle and achievements blacks made which garnered the support of white activists.  Its the apathy that does my head in and is what I think Kid Fury and Chrissle are talking about in The Read. If whites helped blacks, great, we acknowledge that but why do we need to continuously demonstrate that whites helped blacks? Do the general public need a reminder???? Or are they trying to appease some guilt or internal shame for what their ancestors did? What about all the help blacks did for whites? A lot of it not from our own free will. It seems that mainstream media don’t want you to know about this. Its called history I guess because the person writing the story, its their version of events. It is HIS story you are going to get! The boyfriend also said that it will continue to be history until we do something about it and we become the dominant power. Then we can tell our version of events. I could talk about this for eternity but, if I talk about that I will end up delving into slavery and I think that is another post for another day.

What are your views?

I encourage healthy debate and appreciate my thoughts will not be the thoughts of everyone else, so let me know what you think in the comments section.

The moment in which Kid Fury passes his read is at  48:54. I have linked the podcast below

Find me on social media:

Author and Editor of Ashleigh's World. A Londoner, navigating this crazy world...

This site uses Akismet to reduce spam. Learn how your comment data is processed.